Intense Cycles recently released their 27.5+ full suspension bike they named the “Air-Cushioned Vehicle” or ACV for short. This bike, like many others in the 27.5 plus full suspension category, is ready to take on trails with a new level of traction and comfort while still remaining quick, playful, and efficient.

The ACV comes with a full carbon frame and rear triangle, with internal cable and disc brake hose routing and an alloy top link. 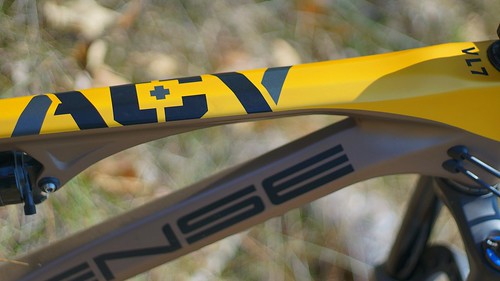 The Intense ACV+ is available in two build levels: “Pro” or “Foundation”. We were able to throw a leg over an example of the Pro Build, thanks to our friends at North of the Border Bikes in San Diego, CA. 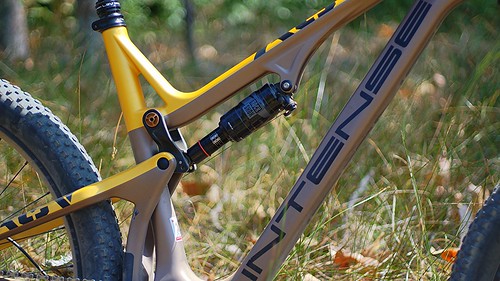 The rear suspension on the Pro Build is handled by the RockShox Monarch RT3 Debonair, 200x 51 mm, providing either 115mm or 130mm of rear wheel travel, while the front uses a RockShox Pike RCT3 (27.5+) with 150mm of travel.

Both the front and rear axles are using BOOST spacing, 110mm and 148mm widths respectively. 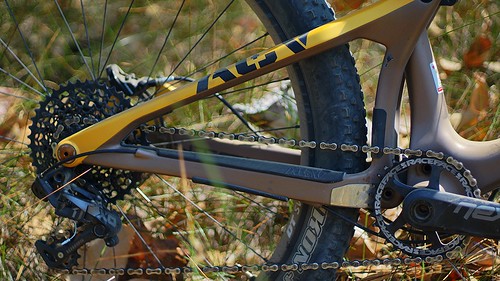 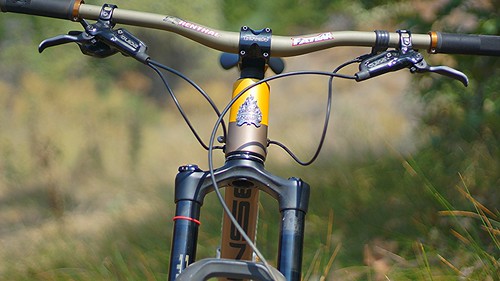 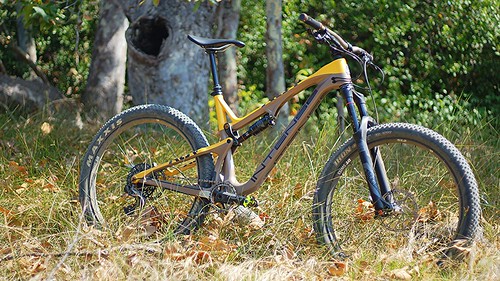 The model I rode was their large size, and while I am 5’10, usually preferring medium-sized frames, this ACV+ seemed to fit like a glove. I felt fast on it and it seemed pretty efficient for a full suspension bike. It was playful and turned pretty quickly while keeping up speed on the long, flat, straight sections of trail. It is more slacked out than I would like for a general bike for myself, with the 66.25 degree head tube angle. With that slack of a headtube angle, you get the bike wandering when climbing a little too much for my liking, but I really like fast climbing bikes. It is definitely a stable and very capable bike when combining that head tube slackness with that much travel and traction from the plus sized tires. Speaking of tires, the Maxxis Ikon 27.5 x 2.8 inch tires seemed rather narrow compared to other plus tires I have experienced. Combining that narrower plus tire with small knobs is probably one of the factors that led to it feeling efficient to pedal on the flat, straight sections of trail. Intense Cycles is listing the Maxxis Rekon 2.8 as the front tire that will come with the build. I think this is a much better tire for additional traction, but the Pike fork could fit a full 3.0 up front and I wouldn’t hesitate to put something wider up there for maximum traction. This bike is meant to be pointed down trails where ultimate traction is desired, so maximizing traction by increasing the size of the knobs and width of the tire seems to be a logical choice. That being said, with the Ikons on this bike front and rear, it could quite possibly morph into a more efficient all day trail bike that is ready for anything, just by changing tires or having a couple wheelsets around.

As stated in the video, North of the Border Bikes has this large demo bike available to take out for a quick spin for a limited time, so give them a call to schedule your demo now and tell them Ride Alongside sent you!

Here is their info: